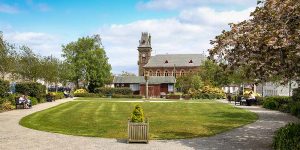 In Wigtown, a lovely Scottish town in Dumfries and Galloway a few miles south of Newton Stuart, you'd better not say the word e-reader out loud as this is the Book Capital of Scotland, and we're talking about the real paper books, and lots of them. The official title is Scotland's National Book Town! And now I hear you thinking how it became the Book Capital of Scotland? Well Wigtown wasn't the book capital of Scotland all it's life, it just happened years ago to boost the local economy and it has been a success. Wigtown has a good number of second hand bookshops dotted around the town … END_OF_DOCUMENT_TOKEN_TO_BE_REPLACED

Pretty villages and towns can be found anywhere in Scotland and recently we came across another one of those lovely villages in the south-east of Dumfries and Galloway. We spent the night in Clonyard House Hotel as we were passing through on our way north-east towards Sweetheart Abbey. As this was a first for us in this particular part of Dumfries and Galloway we were again pleasantly surprised by the beauty of this area. Lovely roads, small villages, nice campsites, a few beaches and plenty of nature can be found in this quiet and rural part of Scotland. Drumburn Viewpoint On our … END_OF_DOCUMENT_TOKEN_TO_BE_REPLACED 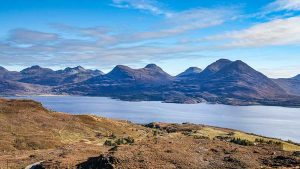 There are a lot of single track roads in Scotland ending in a village, at a beach or lighthouse which offer no other option than to return the way you came. These roads are often overlooked by visitors as they are basically very narrow roads going almost nowhere. And some of these roads ending in the "middle of nowhere" can go on for miles and miles until you sometimes give up and return. Don't! Good examples are the single track roads into Glen Etive, Rannoch Station, Glen Affric and a few roads on the Ardnamurchan peninsula. These are typically the roads I like to follow, I want to … END_OF_DOCUMENT_TOKEN_TO_BE_REPLACED

The north eastern coastal area of Aberdeenshire is without a doubt one of Scotland's finest and is perfect for a coastal Driving Tour. We'll show you the highlights and have some interesting tips to share! This part of Scotland is somewhat more cultivated than the wilder west coast, perhaps a bit more charming, more inhabited and certainly less remote. You are never more than a 1.5 hour drive away from either Aberdeen or Inverness wherever you are at the north east coast. That doesn't make it a very busy area though as tourists easily spread out over the many pretty coastal villages and the … END_OF_DOCUMENT_TOKEN_TO_BE_REPLACED 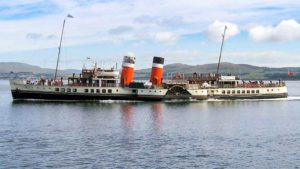 Paddle Steamer Waverley is the last seagoing passenger-carrying paddle steamer in the world. She was built in 1946 and was named after Sir Walter Scott's first novel. She replaced a PS Waverley which was built in 1899 which was sunk in 1940. The ship was bought from Calmac in 1973, after serving the Firth of Clyde for many years, by the Paddle Steamer Preservation Society (PSPS) who restored the ship to her former glory and is now in use as a Passenger Excursion ship around the British coast. She sails from ports such as Glasgow, at the Science Centre, Bristol, the Thames, Liverpool and the … END_OF_DOCUMENT_TOKEN_TO_BE_REPLACED 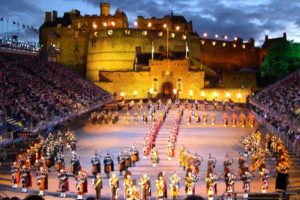 A visit to Scotland is not complete without visiting one of Scotland's beautiful cities. Whether it's Glasgow, Aberdeen, Perth, Stirling, Dundee, Inverness or Edinburgh, they all have their own special appeal. And they each have their own festivals and other tourist attractions. If you're visiting Edinburgh you might want to read on as there are some great festivals planned for 2019. If you're not visiting Edinburgh you might want to check our Events Page for an overview of the major festivals Scotland wide. Below is an overview of some of the most important Edinburgh festivals in … END_OF_DOCUMENT_TOKEN_TO_BE_REPLACED