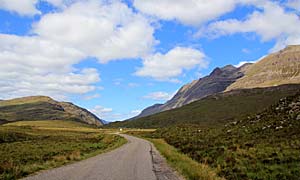 After our fabulous journey through the Outer Hebrides we were back in a part of Scotland we’ve often been to, Wester Ross, one of our favourite parts of the country. It was last autumn that we were last here and today we drove once more through the beautiful Glen Torridon north to Gairloch but not after a stop at Loch Maree and a nice walk on the Beinn Eighe Woodland Trail. It’s Sunday and when we arrived in Gairloch we found out that our favourite restaurant is closed. It’s still early afternoon so we head on to Ullapool and pushed on towards Lochinver where we arrived at a very busy campsite, Clachtoll. The sign was up that the campsite was full but with our daughter in the front seat we took our chances and “begged” for a spot, which we got, chapeau for the owner of the site! Later on we found out that it was the queens anniversary and as a result a long bank holiday weekend, hence the full campsite. But how could we know? We had two weeks in which we didn’t see television, heard no radio, didn’t read newspapers and 3G Internet was unavailable, bliss! 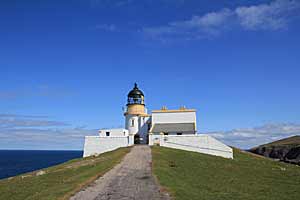 We had a long drive behind us the day before, from Uig to Lochinver, so we decided to spend another day in this beautiful part of Scotland. After a quiet start of the day we visited the Stoer Lighthouse, located on a cliff with beautiful sea views. This lighthouse, which reminded us of Rubha Reidh Lighthouse in Wester Ross, is also built by the Stevenson brothers, much like most other lighthouses in this part of Scotland. Stoer Lighthouse is operated by the Northern Lighthouse Board. The former keeper’s cottage is now a holiday cottage and is rented out through the National Trust. The views from the cliffs are wonderful and you can see the Gannets diving into the ocean below. Further north is the Old Man of Stoer, an impressive Sea Stack. Unfortunately the walk is not suitable for our three year old so we decided to pay a visit to the local playground at Lochinver, much to the delight of our daughter, and do some necessary shopping. Lochinver is a pretty village and by far the largest settlement in the area. The harbour of Lochinver, which was a herring port in the old days, is now one of the busiest harbours of the Highland’s where trawlers and creel boats land their catch.

Since the day is still young we head back over the A837 to the Little Assynt Estate where we made a beautiful two hour walk on “Ken’s Path” and visited the viewpoint too. From here you have uninterrupted views to the impressive mountain range with peaks named Sail Gorm, Quinag and Spidean Coinich. The weather was again, or should I say still, on our side although there were more clouds than in the days before. It felt like there was a change in the air and we heard stories that down south it was nothing but rain! 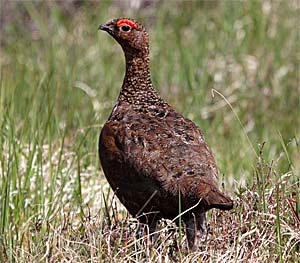 Day nineteen and quite an exciting day it was going to be. This was the day that we would reach the most northerly point of our journey, the village of Durness, but first we had a stunning journey ahead. We left from Clachtoll early in the morning and drove back to the A894 via the Drumbeg viewpoint. This entire road, the B869 that is, is without a doubt one of the finest scenic roads in Scotland. It’s a great drive, also in a motorhome, but challenging at times, especially when a lorry comes towards you. This road is by the way unsuitable for caravans. Just beyond Scourie we saw a sign to the Isle of Handa, a nature reserve managed by the Scottish Wildlife Trust. There is a wee passenger ferry from Tarbet every 20 minutes or so for 12,50 each. The Ferry runs from Monday 2 April to Saturday 1 September inclusive. Running times are Mon to Sat 9 am – 17:00pm. Getting to Tarbet with a motorhome is not a problem, parking is another challenge. We were outside the tourist season and already the available parking spaces were occupied so we had to park in the garden of a nearby house. An early arrival is therefore advised!

After a wee detour to visit the village of Kinlochbervie, another big harbour in the west Highlands, and the playground, we head into the great wide nothing of the far north-west. From Kinlochbervie it’s twenty miles of wilderness and all the way downhill until you reach the Kyle of Durness which is the estuary of the river Dionard, an important salmon fishing river. The clouds were getting somewhat darker and the temperatures were going down although we still had some sunny spells.

We arrived late in the afternoon at Sango Sands Oasis, the excellent campsite of Durness, located on a cliff, with majestic views over the rugged north coast of Scotland. The nearby shop provided us with everything we needed for a fine meal and afterwards we caught the last glimpses of sunshine during our beach walk, located just below the cliffs of the campsite. It’s interesting to mention a nice phenomenon. When the sun does finally set, which is already quite late in the evening, there is no real darkness in the middle of the night, it’s more like twilight and already at three it’s light again. One shouldn’t forget that Durness is on the same latitude as Stavanger in the south of Norway! 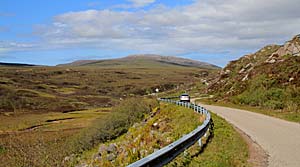 On the twentieth day of our journey we woke up early and had a last glimpse of the stunning cliffs in the north of this beautiful part of the world. When we left on our journey south the rain finally arrives. First we took the A838 to Tongue and stopped in the Ben Loyal Hotel for a coffee. The weather was very changeable but the landscape is still breath-taking. From Tongue we were heading south over the A836. Our planned visit to the Orkneys had to be abandoned due to a lack of time. We had spent far too much time on the west-coast but no regrets here, it was great. With the chance of boring you to death I really have to praise the A836, another stunningly beautiful road which we enjoyed so much. It is grey, the weather is not perfect but somehow this is the weather you expect here so it’s fine with us and we enjoy it.

After a few hours on this road due to several stops, the camera worked full time, we arrived at Crask Inn. It looked like a welcoming Inn and it turned out to be exactly that. There’s a warm fire roaring in the corner, the landlord kindly serves us homemade soup and bread and we are having a great time, out here in the wilderness, while admiring beautiful pictures of how it looks like here in the wintertime. The owner must be a lucky man to live out here in such an unspoilt and remote part of Europe, I wonder if he will realise it? For us it seems so romantic although I fully realise how it will be like in the winter when there are weeks on end with rain, wind and darkness. It’s getting busier and we don’t have the opportunity to ask him but I would gladly like to change houses with this man!

Time to move on, we’ve decided to make this a “travelling day” so we make quite a few miles and drive to Beauly, nearby to Belladrum where we got married. We found a campsite near the river and in the evening we visited the excellent Lovat Arms Hotel where we had a wonderful dinner and a great time. Continue to Glen Affric Aberdeenshire and Fife

On the Road from Skye to Shieldaig 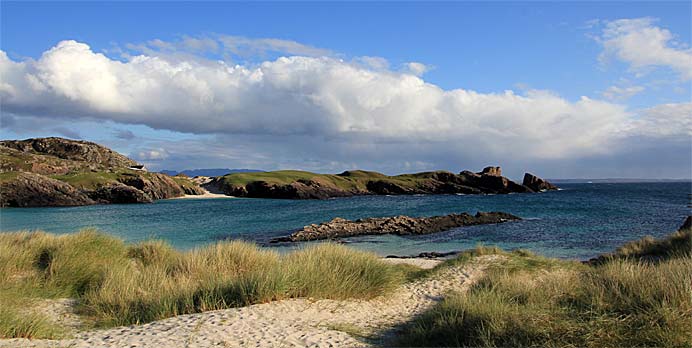 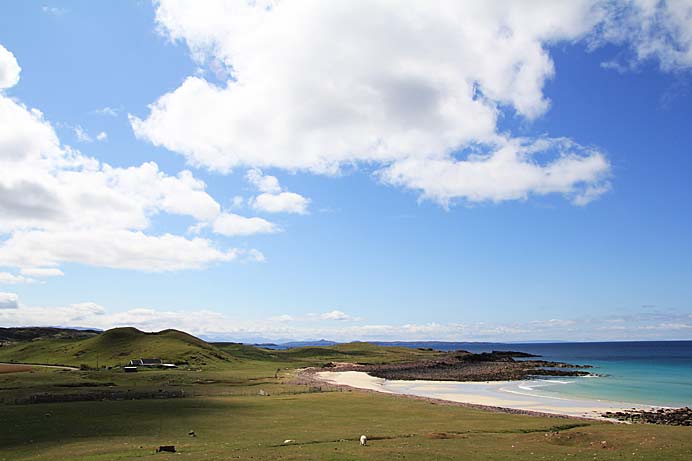 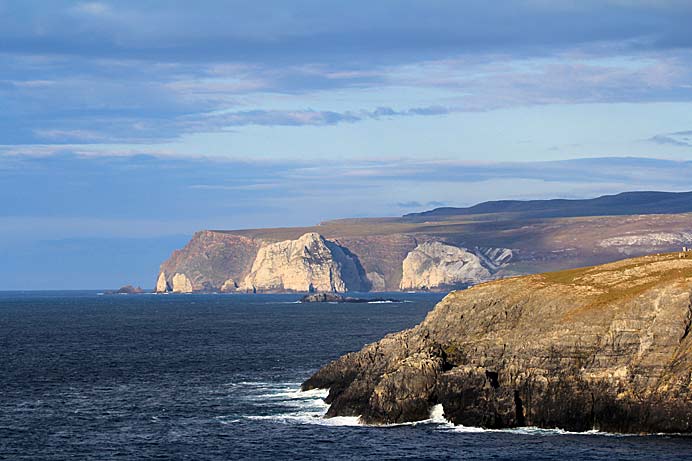