The reorganisation of the Scottish Church, which started in the early 12th century, saw the setting up of many important abbeys, such as the Abbeys in the Scottish Borders. Dundrennan Abbey was one of them.

Dundrennan Abbey was founded in 1142 for Cistercian monks, either by King David I, or by the great magnate of the area, Fergus Lord of Galloway. The first monks were brought from the Cistercian order’s northern missionary house at Rievaulx in Yorkshire. The Abbey was home to a community of Cistercian monks for 400 years. 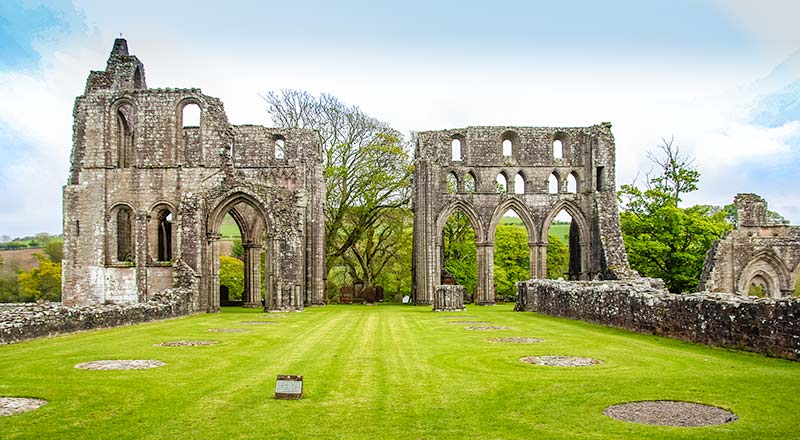 This is the spot where Mary Queen of Scots sheltered during her last hours in Scotland. She was welcomed at the gates on 15 May 1568, following her escape from Lochleven Castle.

Dundrennan Abbey can be found near Kirkcudbright on the A711, in between New Abbey, home of Sweetheart Abbey, and Wigtown, Scotland’s national book town.