In the old days the A830 from Fort William heading west was an important connection to reach the Isle of Skye and the Western Isles, hence its name “The Road to the Isles“. This famous road ends at Mallaig and from there you have a ferry connection to the Isle of Skye. The area is known as north Morar, north of Loch Morar and south Morar, the area south of Loch Morar. There is also a village, Morar, that is west of the Loch. Oh, and there is a river too named, you guessed right, River Morar. And in the loch lives a monster which is called, Morag! To complicate tings a bit further, the area south of south Morar is called Arisaig and the main village there is Arisaig! Sorry for all the confusion, I didn’t make up the names!

Road and Rail to the Isles 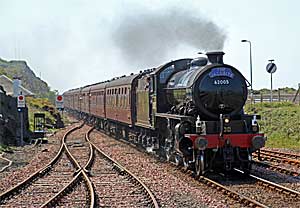 To confuse you even more, when I speak of the Road to the Isles I actually mean the road between Fort William through Glenfinnan and then from Arisaig along the stunning shore towards Morar and Mallaig. Some ten years ago however a new road was built between Arisaig and Morar making the original Road to the Isles somewhat obsolete but all the more quiet and attractive. Running almost parallel to the A830 is the West Highland Line between Fort William and Mallaig. When you’re lucky you can see, or hear, the Jacobite Steam Train, often loaded with passengers. The area west of the old road has a lot of campsites, especially north of Arisaig, and is by many considered one of the most beautiful areas in Scotland. 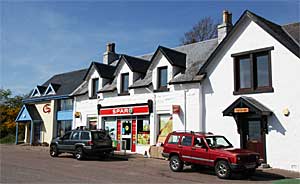 This lovely village sits at the south-western tip of the Arisaig peninsula, at the head of Loch nan Ceall. It’s a typical Highland village with all the amenities you expect, a hotel, a beautiful church, a few restaurants, post office, tourist information, a village shop, village hall and an excellent playground for children. Along the shore are nice benches to sit and enjoy the beautiful views over The Small Isles and the Marina. Also in the heart of the village is “The Land, Sea and Islands Visitor Centre” which opened in 1999. This community project houses an exhibition that celebrates the social and natural history of the area old and new with photographic displays and artifacts. In earlier times the area was a thriving community but the Highland Clearances were responsible for the clearance of 1000 crofters from their land, they were shipped to Canada. 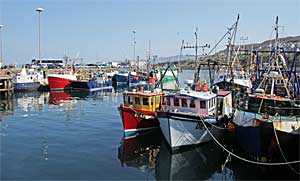 Due to its location near the sea and the islands there are a lot of options for wildlife tours and island cruises. Ronnie Dyer, skipper of the Sheerwater, takes passengers to the islands of Eigg, Muck & Rum to enjoy the diverse range of sea and bird life. Boat trips run from late April until late September and depart daily at 11am from Arisaig Harbour. Other activities are golf, sea kayaking, cycling and (guided) walks. Check www.arisaig.uk.com for more info on the area.

Accommodation in the area
The beaches and the land directly behind the beaches north of Arisaig are filled with small and large campsites. With the right weather conditions it’s heavenly, especially when you’re fortunate with a pitch directly next to the beach. Make sure to book in advance, the campsites can be quite busy. For non campers there are hotels and plenty of Bed and Breakfasts and Self Catering cottages. 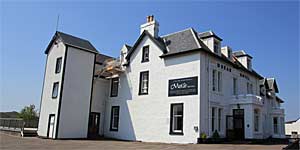 The wee and quiet village of Morar has a nice hotel as well as a railway station on the West Highland Line. Nearby is Loch Morar, the deepest fresh water loch in Europe, 310 meters, and has its own monster called Morag! There are several boat hires in Morar and a boat trip on Loch Morar is a great experience, as long as you stick to the sheltered parts of the loch. The water from the loch ends up in the nearby sea through one of the shortest rivers in Scotland, river Morar, with a length of only 500 metres. 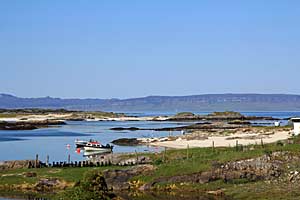 One of the most famous features of Morar are The Silver Sands of Morar, a white sandy beach next to the wee estuary of the River Morar. On a sunny day the views are amazing, fabulous blue water, blue skies and white sands give this part a tropical look. Nearby, on the old road, is Camusdarach beach. This beach was one of the locations for the movie Local Hero. Because of the movie, the beach is also known as Ben’s beach. As in the movie, Camusdarach beach is famous for its stunning sunsets and views towards the Isle of Skye and the Isles of Muck, Eigg and Rum.

Mallaig
The fishing village of Mallaig, end of the line for both the iron and asphalt roads of the isles, offers onward ferry connections, operated by Caledonian MacBrayne, to the Isle of Skye, to the small isles of Rùm, Eigg, Muck, and Canna, and to Inverie on the Knoydart peninsula. The village has an attractive and busy harbour area and a few good restaurants and bars. 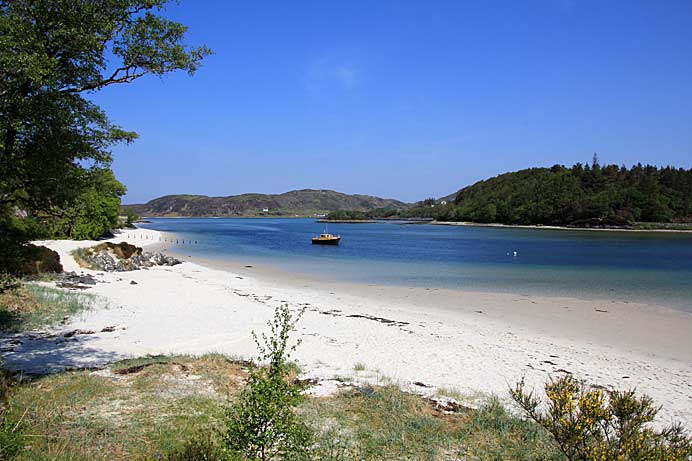 The Silver Sands of Morar 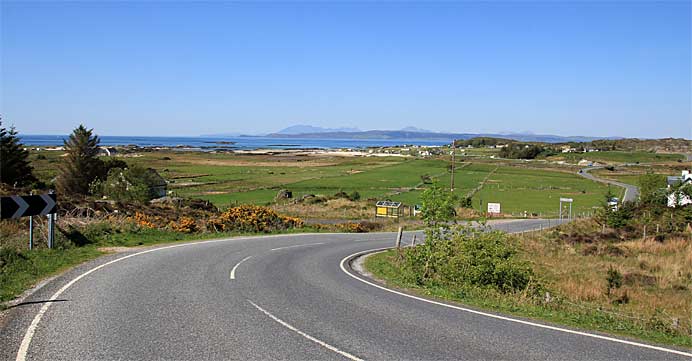 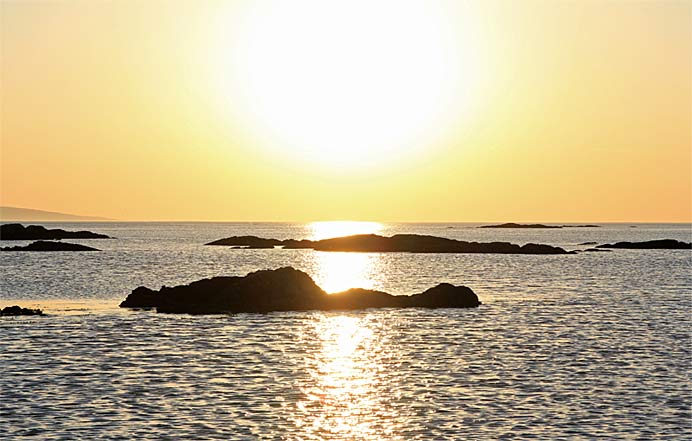 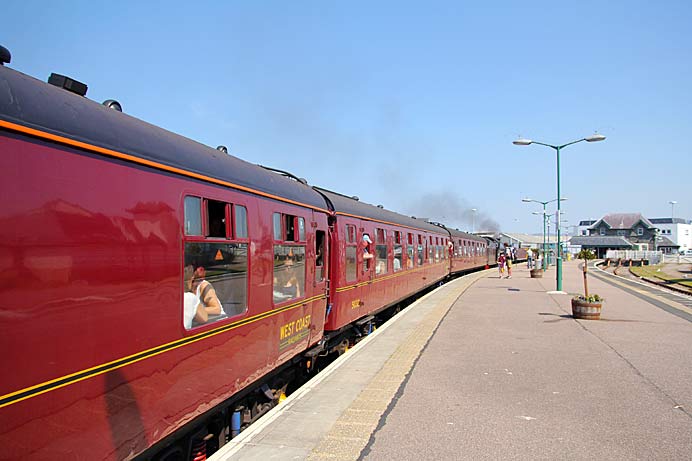 Arrival of the Jacobyte in Mallaig Station