For many Scotland visitors the movie Local Hero is one of their favourite movies. It represents the typical feelings one can have while visiting Scotland for a few weeks and the stress you have when you return to the hustle and bustle of normal life. Also the laid back and friendly attitude of the locals is brilliantly performed. That together with breathtaking scenery, a great Ceilidh, traditional music from Mark Knopfler, the Northern Lights, stunning sunsets and a few drams makes it a perfect movie. It certainly is high on my list of all time favourite movies and I must have seen it a dozen times or more. And just as many other Local Hero Enthusiasts, I’ve visited the locations where this movie was filmed as well, but more about that later, I’ll start with some more background information.

The film came out in 1983, was written and directed by Bill Forsyth and won several prices including a BAFTA film award. The storyline of the almost two hour movie is as follows: Oil billionaire Happer (Burt Lancaster) sends Mac (Peter Riegert) to a remote Scottish fishing village to secure the 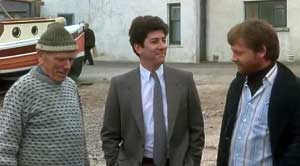 property rights for an oil refinery they want to build. Mac teams up with Danny and starts the negotiations, the locals are keen to get their hands on the possible millions of dollars and can’t believe their luck. However a beach scavenger, Ben Knox, lives in a wooden shack on the crucial beach which he also owns. Happer is more interested in the Northern Lights and Danny in a surreal girl with webbed feet, Marina. Mac is used to a Houston office with fax machines but is forced to negotiate on Bens terms. The outcome is quite surprising and at the end Mac returns to his flat and Porsche in Houston and while he stand at his balcony listening to the sounds of the city his thoughts go back to the peaceful times he had in Scotland. 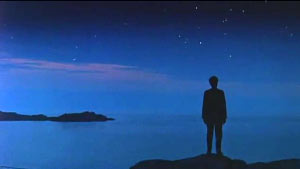 The movie is filmed on a few different locations in Scotland. In the movie there’s talk about Furness, a village in the north-west of Scotland, but this village doesn’t exist. The movie itself is shot at three or four other locations. The beach and sunset scenes were all filmed close to Morar on Camusdarach Beach, or Ben’s Beach if you like! If you want to access the beach you can do so from a parking space near the Silver Sands, south of Morar, on the old coast road to Arisaig. While walking south from River Morar you see a beautiful cottage on the north bank, this cottage was disguised as church in the movie.

The sunsets in the movie represent the truth 100%, I’ve confirmed it myself as you can see from the various pictures. I’ve been to most beaches and places in the west of Scotland and I believe that this is the finest beach to watch sunsets with the Isles of Eigg, Rum and the Cuillin Hills on Skye as backdrop. A few years ago, in 2005, I was enjoying a stunning sunset from Camusdarach Beach. To my left was someone else watching and a few years later I found out by coincidence that it was Doug Hill from www.scotlandthemovie.com, another fan of this movie and other Scottish movies. This beach was by the way also used for the popular TV Series Monarch of the Glen. 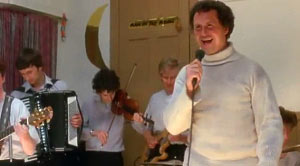 The scenes in the village with the hotel and red phone box and out on the pier were filmed in Pennan, a beautiful village in Aberdeenshire on the north-sea coast, 40 miles north of Aberdeen and 85 miles east of Inverness. The entrance to the village is a very steep and small road going downhill from the main road. As you enter the village there is only one road, the one left take you to the end of the beach, the one on the right takes you to the Pennan Inn, the hotel in Local Hero, and the wee harbour.

When I was in Pennan I had a pleasant conversation to one of the locals, an older gentleman, who was present during the filming. The conversation started when I asked him about the red phone box that has such a nice spot near the harbour but was gone when I was there. The gentleman told me that the film crew did some alterations to the village before they started. The phone box was a movie prop and it was put near the harbour in a prominent position and also the hotel in the movie were rebuilt houses with a cardboard front, in reality the hotel looks quite different and is further down the village.

Apart from the temporary alterations in the movie, this village is just as you’d expect it, small and friendly with a typical relaxed atmosphere. If you will be visiting this area I can recommend a wee detour to the neighbouring village of Crovie, this village has nothing to do with the movie but on a sunny day the bay is haven! 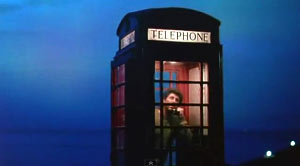 The locations don’t stop here. The bar in the movie where Mac speaks the magic words “I’d make a good Gordon, Gordon” wasn’t actually the one in the hotel but a bar in Banff, a neighbouring town to the west. A quote from Scotland the Movie: “The public bar of The Ship Inn located on the seafront in Banff was used as the bar of the Macaskill Arms, the hotel in Local Hero. It looks much the same now as it did in the movie, albeit the arches over the rear of the bar are gone, plus during the filming of Local Hero partitions were built to close off part of the room and create a new doorway into the bar.” The other location was on the return voyage with the helicopter taking Mac back home, when they fly over Loch Eilt which is west from Fort William on the A830, also known as “The Road to the Isles“.

It’s almost thirty years after the movie Local Hero was first released and from what I hear and see it still is a very popular movie. I believe that this movie represents what a lot of us feel inside, we don’t want to live in these overcrowded cities and suburbs with all our luxury goods just because they will never make one really happy. Why else are we visiting these remote parts of Scotland? Isn’t this what we really want?

Wouldn’t it be great if you could take that holiday feeling back home in your suitcase and let it last as long as possible, and not to end up like Mac in the movie, looking over a noisy crowded city going back to his daily routine? I’m probably daydreaming again here and I might very well end up looking the movie Local Hero once more tonight to let myself be taken away to this tiny little perfect place called Furness, somewhere on the Scottish west coast, where beautiful sunsets, stunning nature and a great atmosphere are yours and mine for as long as the movie lasts! 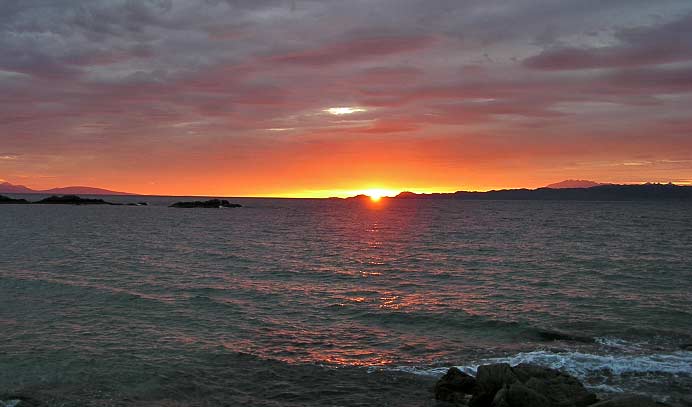 Sunset over Isle of Skye from Camusdarach Beach Morar