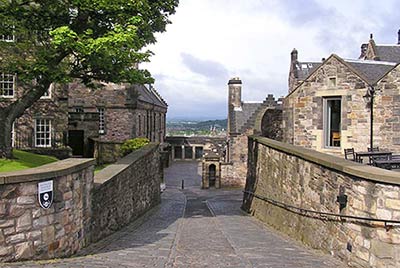 Scotland is becoming more and more popular with visitors from all over the world. Tourism growth is in the double figures with overseas visits up by 14.6% and domestic visits up by 10% from July to September. And where do all these people go to you wonder? There are a few top destinations which attract many folk. For instance, the National Museum of Scotland in Edinburgh welcomed 1.81 million people and overtook Edinburgh Castle as best visited attraction. The castle welcomed 1.77 million people. So what can you expect for 2018? Below are a few highlights for the year ahead, from a new Museum and a new Scenic Route to some anniversaries and four new whisky distilleries. There’s something new for everyone!’

The most eye catching new attraction for 2018 will be the opening of the V&A Dundee on the 15th of September. The V&A Museum of Design Dundee will be the only V&A museum anywhere in the world outside London. It will be the first ever dedicated design museum in Scotland: an international centre for design, a place of inspiration, discovery and learning. Visitors to V&A Dundee will experience the remarkable story of design past, present and future in a Scottish and global context, as well as the processes which underpin great design and the beautiful and inventive objects which tell that story. Read more… 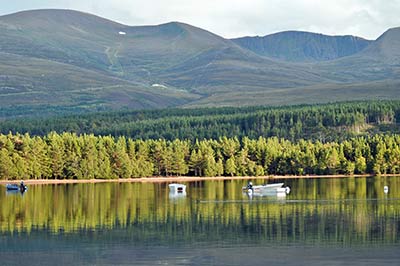 Scenic routes are plentiful in Scotland, which is no surprise with the amazing beauty of the place and the great number of roads where it’s difficult to keep your eyes on the road due to the ever changing stunning scenery you are presented with. A couple of years ago there was an initiative for a new scenic route in the north-west of Scotland to promote the region and economy. The North Coast 500 was born. We ourselves had a nice idea of promoting this part of Scotland as well with our own developed driving route, the Ultimate Scottish Coastal Route covering the entire Scottish west coast including some of the islands. Another driving route we have written about is the Highlands 140, probably one of the most beautiful Highland driving tours you can do in Scotland.

And now there is a new Scenic Route added, the Snow Roads Scenic Route in the Cairngorms National Park. The Snow Roads Scenic Route is a 90 mile journey from Blairgowrie to Grantown-on-Spey, crossing the highest public road in Britain and travelling through the outstanding landscapes of the eastern Cairngorms. The road links the communities of Braemar, Ballater and Tomintoul with a range of natural and cultural attractions. For more information visit www.cairngorms.co.uk.

The new Kirkcudbright Galleries are opening 24 March 2018. The B listed, 19th century building is located on St Mary Street, in the heart of Kirkcudbright’s town centre and within the inspirational landscape of Dumfries and Galloway. The new gallery will celebrate the town’s unique artistic heritage, through a dedicated permanent exhibition gallery. This exhibition will explore the history of the artist’s colony, including why Kirkcudbright was and still is a desirable location for so many artists and creative people. More info here: www.kirkcudbrightgalleries.org.uk 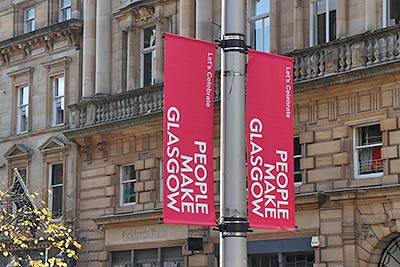 Returning for its 25th anniversary in 2018, Celtic Connections –Scotland’s largest winter music festival- will be filling the city of Glasgow with music and entertainment for two weeks. The opening gala celebrates the history of the festival with a variety of artists who have featured prominently over the years, reflecting such Celtic Connections hallmarks as its multi-generational breadth, its internationalism and it’s collaborative, cross-genre spirit. With pianist David Milligan – one of 1994’s original performers – as musical director, expect plenty of mixing and matching among the cast, creating a wealth of fresh connections as well as aptly session-style festivity. www.celticconnections.com

A major exhibition celebrating the work of one of Glasgow’s great artists will happen in 2018, to coincide with the anniversary of his birth. Little-seen Charles Rennie Mackintosh objects from the city’s collection will go on display at Kelvingrove Art Gallery and Museum – part of a city-wide celebration of the architect and designer. His work can be seen across the city; at Scotland Street School, The Willow Tearooms and House for an Art Lover. There will also be a major exhibition at the Royal V&A Museum to mark the anniversary. www.glasgowlife.org.uk

The first ever Fife Whisky Festival will take place in March 2018, at the Corn Exchange in Cupar. The inaugural Fife Whisky Festival will showcase the renaissance of whisky-making in Fife, bringing together whisky connoisseurs and beginners with the best whisky producers from Fife and beyond. With over 25 different exhibitors, including the Kingsbarns Distillery, Morrison and Mackay, Glen Moray, Isle of Arran and the Glasgow Distillery, there will be a huge range of whiskies to try. www.fifewhiskyfestival.com. And on top of this new whisky festival in Fife there are no less than four new distilleries in Scotland opening in 2018, they are the Borders Distillery in Hawick, the Falkirk Distillery, Ardnahoe Distillery on the Isle of Islay and Holyrood Park Distillery in Edinburgh.

Rosebank Single Malt was last produced in Falkirk in 1993 and reviving the style of this famous whisky is the vision of the Falkirk Distillery Company. The new distillery and visitor centre will have a traditional appearance in a modern facility. Producing its own distinctive triple distilled whisky, the new building will house a world class leading retail, restaurant and business complex. 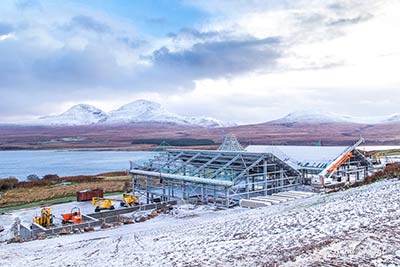 Ardnahoe will become Islay’s ninth operational distillery. With a production capacity of just 500,000 litres of alcohol per annum, Ardnahoe will distill a classic peated style of Islay malt, using the finest barley and water from the depths of Loch Ardnahoe itself. Planned opening is the Autumn this year. A highlight of this distillery will be the stunning view over the Sound of Islay and the neighbouring Isle of Jura.

Situated next to Holyrood Park, this city-centre distillery is located right in the heart of Edinburgh’s distilling history – on St. Leonard’s Lane. The 180 year old Engine Shed building – steeped in railway history – will be thoughtfully renovated to suit the distilling needs, while making room for the visitors. The visitor centre will be unique: a hands-on, sensory, educational experience that will enlighten and delight people as they explore the world of flavour while touring a working distillery.