We have made a trip to Scotland in October 2010 and have only just arrived home. Although I have been to Scotland many times this was one of the best trips ever. We arrived on Friday the first of October in Hull in grey and misty weather. After spending the night in a Bed and Breakfast in East Lothian we travelled the next day to Cove in Wester Ross where we had a self catering cottage for the week. At the start the weather was grey and dull but just after Dalwhinnie the sky broke open and we had beautiful sunny and warm weather that lasted most of the week. The autumn colours on the hills and trees were amazing and after visiting Carrbridge for some shopping and to admire the old pack horse bridge we stopped for a picknick in North Kessock overlooking the Beauly firth and the city of Inverness. 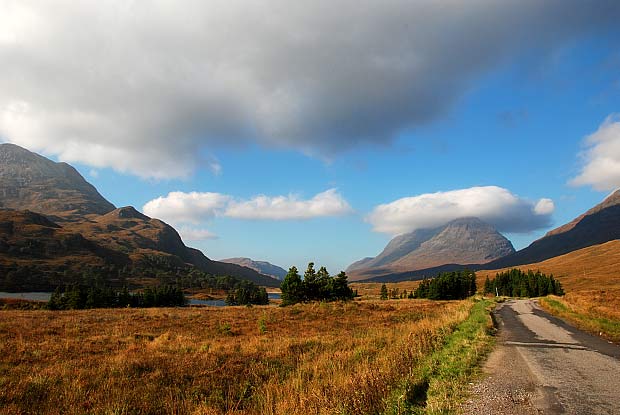 After lunch we headed for Wester Ross over the A832. Travelling over the pass between Achnasheen and Kinlochewe is always the best part of the journey into Wester Ross. The views from the viewpoint at the entry of Glen Docherty over Loch Maree in the west are amazing, specially on a clear and warm autumn day. After making several stops at Loch Maree, my favourite loch in Scotland, we headed on and arrived in Cove in the afternoon. The first week was spent in Cove in Wester Ross. 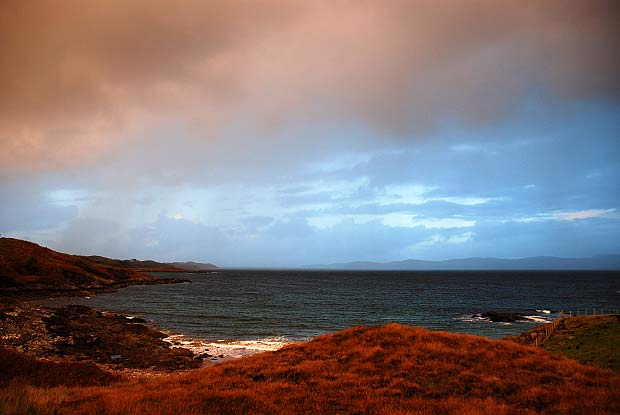 This tiny village is located on the shores of the north facing Loch Ewe which played in important role in WWII. This part of Scotland is very quiet, has many hills and a couple of interesting places such as Gairloch, Poolewe, Ullapool and several other lovely villages. Read more….

We roughly discovered the area between Shieldaig and Torridon in the south, Kinlochewe in the east and Ullapool in the north. The best discovery we made was the trip from Gairloch to Torridon and Shieldaig. Especially Shieldaig is a lovely village and the road through Glen Torridon is one the most beautiful single track roads I have seen so far. 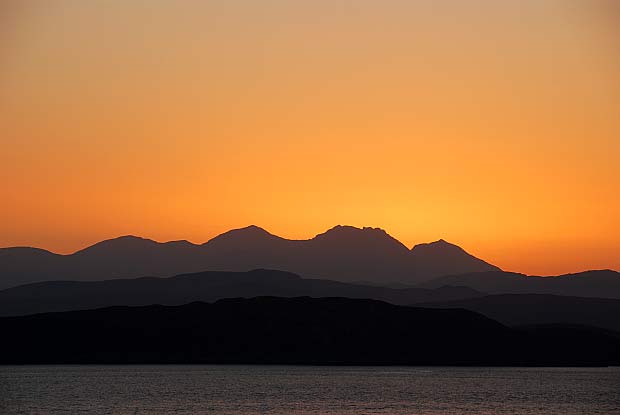 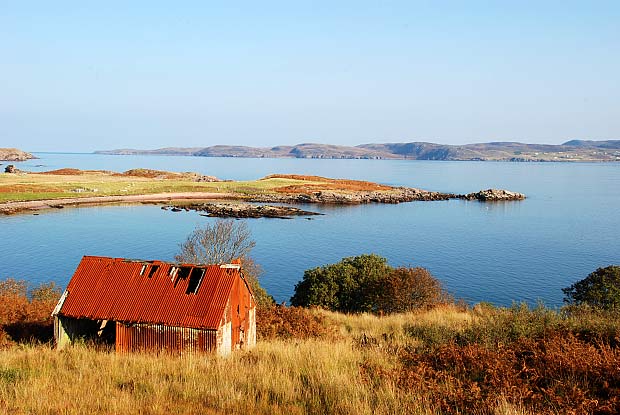 The second week was spent on the Isle of Islay where we arrived on Saturday evening after a beautiful warm sunny day with a beautiful sunset seen from the ferry. The trip from Wester Ross to Kintyre was one of the best we ever made. The weather was exceptional, it was warm and that in October, and along the way we decided to make a detour to the Isle of Seil. To get access we crossed the Atlantic Bridge. The Isle of Seil is part of the Inner Hebrides and is a lovely wee island to visit. Unfortunately we didn’t have enough time to visit the Isle of Easdale as well, but we will save that for a later occasion.

Also the trip from Oban over the A816 to Lochgilphead Loch Fyne was a joy. As far as I’m concerned this is one of the most scenic roads in Scotland. Close to Lochgilphead is Kilmartin with it’s many monuments such as stone circles, standing stones and cairns. 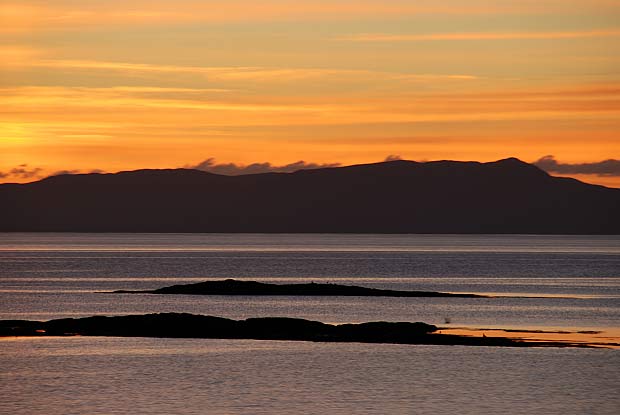 Sunset seen from the Islay Ferry

The changeable weather on Islay on a few days was great for photography and I have taken some really nice images of sunrises, white tailed Eagles, the record number of Geese at Loch Gruinart and the beautiful scenery. Since Islay is our regular holiday destination we had the opportunity to visit quite a few friends, which was great. 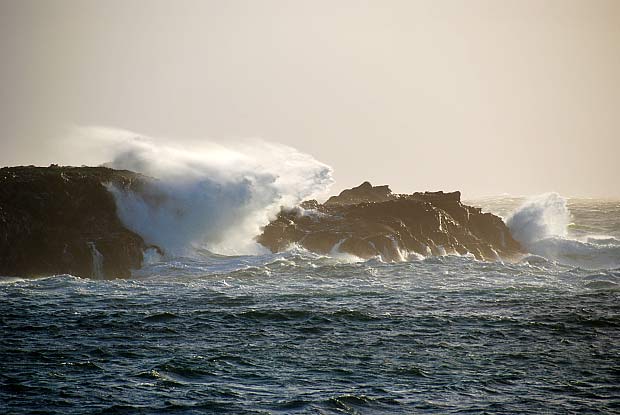 Sunrise over the Paps of Jura seen from Islay

On Saturday morning we left from Port Ellen and spent a couple more days in Dalmally, just south of Glen Coe and Rannoch Moor. On Sunday we visited Stirling Castle together with friends in beautiful weather which was a fabulous experience. The views from the castle are breathtaking. We left Scotland on Monday after a cracking clear frosty night and enjoyed the mist in the glens and the beautiful autumn colours before we arrived in Hull for the ferry home. It was another memorable trip and we will be back in Scotland in spring 2011, for three weeks 🙂 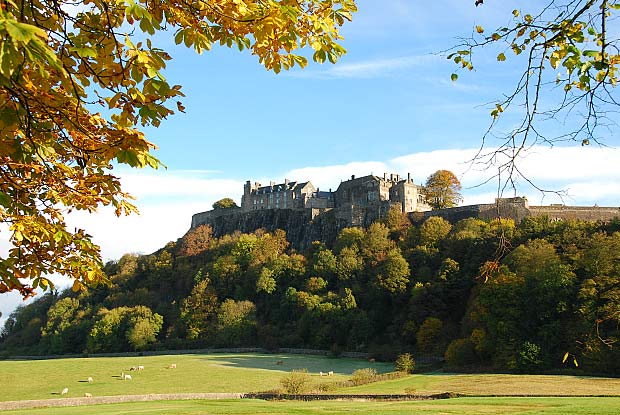