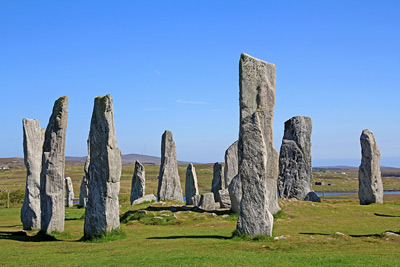 The Isles of Lewis and Harris in the Outer Hebrides have been named top islands in Europe and appear in the world top five according to a readers poll on the Trip Advisor website. Two other Scottish islands – Isle of Mull and Orkney – also feature in the European islands top ten. Orkney comes in at no four in the list with the Isle of Mull at no nine. The Scotsman writes:

James Kay, a TripAdvisor spokesman explained that the islands awards, now in their second year, are based on the quality and quantity of highly-rated hotels, restaurants, and attractions listed for each island and gathered by TripAdvisor during a 12-month period. Kay said: “An island holiday usually conjures images of faraway palm-lined beaches, white sand and crystal clear water but the results of this year’s awards reveal that the ideal island getaway might be closer to home than you think.”

The TripAdvisor entry on Lewis and Harris states: “A visit to Lewis and Harris is like stepping into the pages of a Scottish fairy tale. In Lewis — the northern part of the island — the legendary Callanish Standing Stones poke up from the ground like a strange and massive rock city. “The Blackhouse, the Shawbost Norse Mill and Kiln, and the Carloway Broch all offer a peek at what island life used to look like. In southern Harris, the east side beaches boast some of the oldest known rocks in the world.

The beauty of the entire Scottish west coast is amazing and each of these many islands off the Scottish coast are unique and offer something different, be it beaches, mountains, amazing wildlife, seascapes, pretty villages, friendly islanders, beautiful scenery, distilleries, historical buildings, beautiful gardens or a combination of the aforementioned. Below are a few pictures which show the beauty of the awarded Isles of Lewis and Harris.