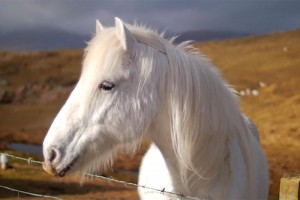 Every now and then you come across a really beautiful Scotland video, one that stands out. This time I've found one titled "Hebridean Dreams". The video shows some of the Outer Hebridean Islands in a very special way featuring great beaches, a white pony on Luskentyre Beach (Harris), The Callanish Stone Circle (Lewis) and the Northern Lights. Oh and the music is fabulous too! Enjoy! … END_OF_DOCUMENT_TOKEN_TO_BE_REPLACED 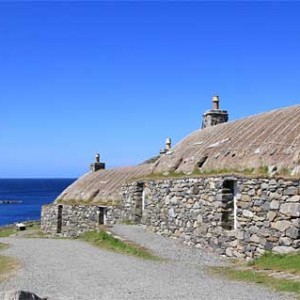 Gearrannan is a black-house village on Lewis in the Outer Hebrides. It's a great experience to visit this place and step back in time to see how life was in a typical crofting township of the last century. Nowadays the Black House village consists mainly of self catering cottages but there is a nice wee museum where you can usually find the friendly man below on his weaving machine making the famous Harris Tweed. He's also happy to start it up for you to give you a demonstration. The weaving and cloth making in the Outer Hebrides has a long and interesting history. You can find Gearrannan on … END_OF_DOCUMENT_TOKEN_TO_BE_REPLACED 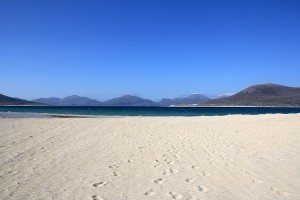 The Isles of Lewis and Harris in the Outer Hebrides have been named top islands in Europe and appear in the world top five according to a readers poll on the Trip Advisor website. Two other Scottish islands - Isle of Mull and Orkney - also feature in the European islands top ten. Orkney comes in at no four in the list with the Isle of Mull at no nine. The Scotsman writes: James Kay, a TripAdvisor spokesman explained that the islands awards, now in their second year, are based on the quality and quantity of highly-rated hotels, restaurants, and attractions listed for each island and … END_OF_DOCUMENT_TOKEN_TO_BE_REPLACED