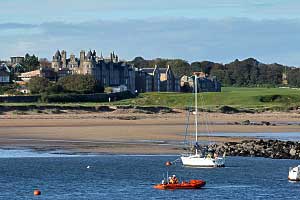 North Berwick is a very pretty seaside town in East Lothian with attractive beaches and lots of activities for tourists, less than an hours drive from Edinburgh. The two sandy beaches are located on each side of the old pier and they were the reason for North Berwick to become a holiday resort in the 19th century and today it still is. Another reason for tourists to visit the town was the large open swimming pool which was housed on the site of the Scottish Seabird Centre, the pool was closed in 1995. 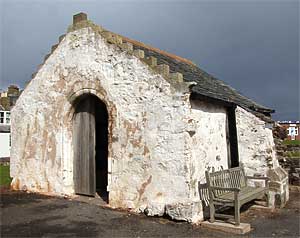 From a historic point of view North Berwick played an important role for many pilgrims on their way to St. Andrews. The first mention of a port in North Berwick was in 1177. During mediaeval times up to 10,000 pilgrims a year were ferried across the Forth to Earlsferry in fife, en route to St. Andrews. The present harbour is the result of many improvement carried out in the 18th and 19th centuries, often after storm damage. Located in the harbour area are the remains of St. Andrews Old Kirk. Nowadays the porch and remains of walls are left but the church played an important role for the pilgrims in the earlier days. 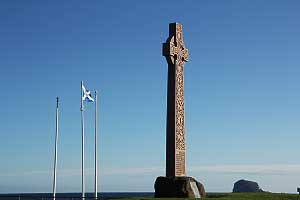 Several of the Islands in the Firth of Forth are near the town and visible best from the end of the old pier. They are Fidra, The Lamb, Craigleith, and Bass Rock; the latter hosts a thriving colony of birds, including puffins, gannets, and other seabirds. The Bass Rock appears white, but this is due largely to the gannets and their guano that cover much of its surface. The seabirds themselves can be observed at close range through remote cameras operated from the recently developed Scottish Seabird Centre near the harbour. Although the views from North Berwick to Bass Rock are great, even better views can be obtained from Tantallon Castle, a few miles to the east.

The red granite cross in front of the Seabird Centre is a memorial. The inscription reads: “Erected in memory of Catherine Watson of Glasgow, aged 19 who drowned in the East Bay, 27th July 1889 while rescuing a drowning boy. The child was saved, the brave girl was taken” It was created by her fellow art students.

If you’re lucky enough to stroll around the pier area on a quiet and sunny sunday morning you’ll find out that this is one of the most beautiful towns in Scotland. The views are beautiful, especially those looking back to the town from the old pier, and everything looks so neat and clean. I met a woman down at the beach who was feeding the gulls, she told me she is doing that almost every day at the same time. All in all a peaceful and pleasant town with a lot of visitor attractions and a beautiful surrounding country side. 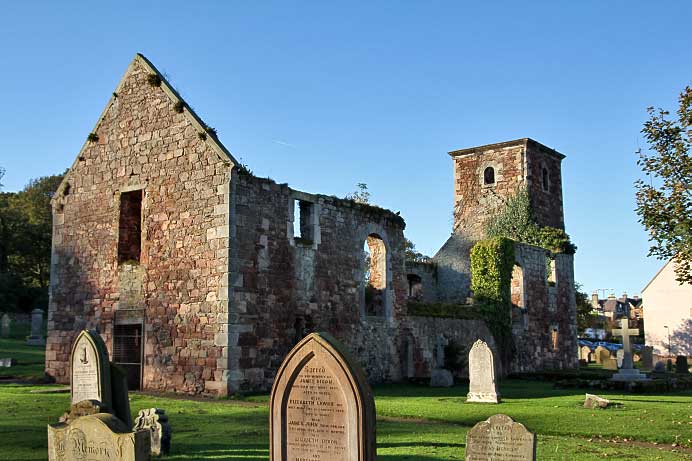 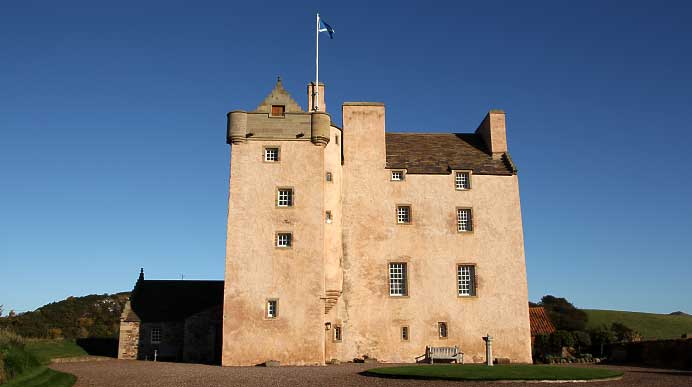 Fenton Tower – Yours to rent if you can spare the pennies 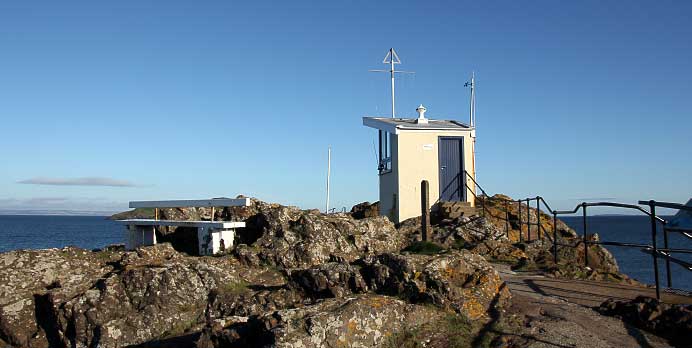 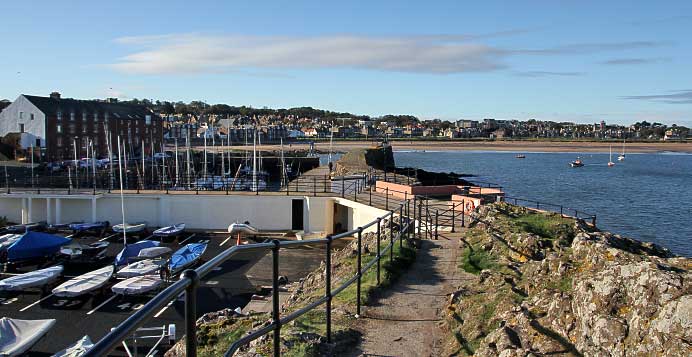 Looking back from the Old Pier to town centre 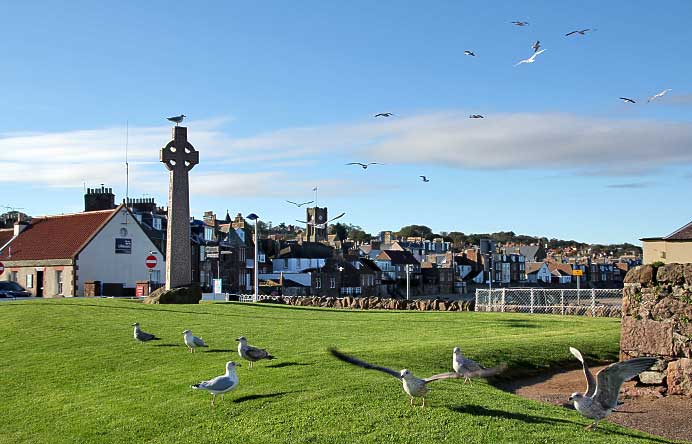