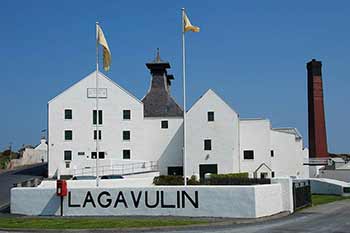 Scottish whisky is of significant importance to the UK. It is one of its top exports and is shipped to over 200 countries, which is not bad for a product that was historically made largely through illicit practices in its country of origin. So how then has Scottish whisky spread across the world to become the global figure we recognise today?

As markets have continued to emerge in Asia, Eastern Europe, and South America so Scottish whisky has come to be in higher demand by the growing middle classes of these nations. Scotch whisky has strong associations with culture, sophistication and wealth and these are exactly the qualities sought by increasing numbers of consumers. The fact that Scotch whisky is so expensive to make and therefore buy makes it the drink of choice for any budding socialite to show off their newly achieved status. Furthermore many consider whisky as a treat, something to be shared or to be toasted at times of celebration meaning that unlike other spirits or even champagne it covers a lot more bases.

This idea that whisky is ‘special’ is helped on by the fact that brands ensure they retain niches of individuality by marketing thousands of varying small batch single malts such as Bowmore and Glen Garioch, and blends such as Grants and Johnnie Walker. This helps to avoid any mainstream mega brand, despite many being owned by larger conglomerates. After all a bottle of whisky would be likely to quickly lose its appeal if it had ‘Eisner Bush’, ‘Diageo’ or ‘Carlsberg’ stamped across the label.

However there is a great deal of debate as to whether this success is down to the Scottish people themselves or expert marketing campaigns on behalf of distiller’s parent companies and whether or not it will benefit the Scotland in the long run. This is because despite the legal requirement for Scotch whisky to be distilled in Scotland, only one fifth of distillers are actually based in Scotland. Diageo who owns around 40% of the Scotch whisky market has its headquarters in London and many more distillers operate on a similar setup.

Though despite the majority of profit seemingly going to outsiders, there is no doubt that those based in Scotland have benefited greatly by their bigger cousin’s marketing push, many of whom who could not afford such campaigns have taken advantage by riding the wake of success. Neither does this success show any signs of stopping, as distillers currently struggle to keep up with international demands for whisky over £1bn has already been invested in building new, or re-commissioning and expanding current distilleries based in Scotland.

Further investment is also visible on the horizon as talk of India – one of the biggest whisky drinking nations – lowering their tariff barriers encourages distillers to stock up before the flood gates to a new market are opened. Of course this course of action is not without its risks, in an industry where it can take 10 to 20 years to see a return on any investment distillers both in Scotland and elsewhere will understandably be concerned as to whether the world’s thirst for whisky is soon to be quenched.