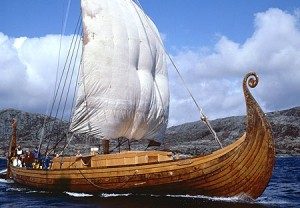 Viking Scotland - Part One: The Rise of the Norse “In this year fierce, foreboding omens came over the land of Northumbria. There were excessive whirlwinds, lightening storms and fiery dragons were seen flying in the sky. These signs were followed by great famine, and on the 8th of June the ravaging of heathen men destroyed God’s church at Lindisfarne” Lindisfarne, the Holy Island The year was 793. The Holy Island of Lindisfarne lies of the northeast coast of modern England, but in the 8th century it was part of the Kingdom of Northumbria, a territory that stretched from Yorkshire to … END_OF_DOCUMENT_TOKEN_TO_BE_REPLACED