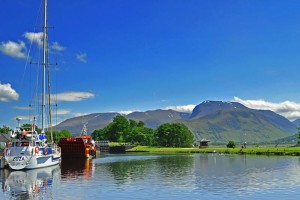 The Southern Highlands of Scotland encompass the country south of a line drawn roughly from kyle of Lochalse on the west coast to Inverness on the east and down to follow the upper half of the Spey Valley west past Loch Laggan to Fort William and Glencoe. Inverness the Capital of the Highlands On the east coast Inverness is by far the biggest town in the Highlands, a good base for day trips and a jumping off point for the more remote parts of the region, To some extent, the area around the Moray Forth is a commuter belt for the region, but it also boasts a lively coastline and some of … END_OF_DOCUMENT_TOKEN_TO_BE_REPLACED