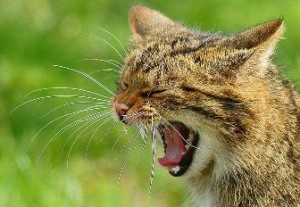 Camouflaged within the Highland forests and moors roams a predator, a lonely predator seeking shelter and food amidst thousands of years of persecution, a Scottish icon with a fierce reputation surviving through the most harsh conditions, a mysterious animal known as the Scottish Wildcat. The Decline of the Scottish Wildcat It is said today that there are only 400 pure Scottish wildcats left within the Scottish Highlands, once also populating England and Wales they are now only found in the wilds of Scotland, surviving in only remote areas. The cat is now facing extinction and could be lost … END_OF_DOCUMENT_TOKEN_TO_BE_REPLACED