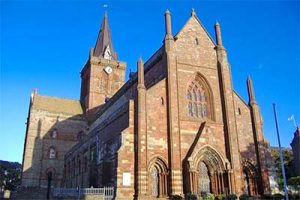 Viking Scotland Part Three - The Earls of Orkney In late 1263 the Norwegian king, Haakon Haakonarsson, and his storm-damaged fleet limped into the sheltered waters of the Orkney Islands: the old man was ailing, and with him the dreams of a Viking empire. Vikings of the Hebridean Islands Earlier in the year Haakon had left Norway and crossed the ocean to stamp his authority over the Hebridean Islands, west of Scotland; which had been assailed and claimed by the Scottish king, Alexander III in 1262. For decades, the Scots had tried to buy the islands from the Norwegians, and time and … END_OF_DOCUMENT_TOKEN_TO_BE_REPLACED