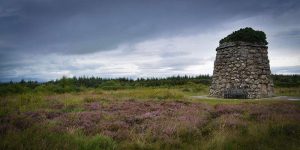 A chance to travel Scotland in the footsteps of the Jacobites The Jacobite wars, or Jacobite rising, were a lot more than kilted Highlanders rushing through the heather to fight the Redcoats. It was an attempt by Charles Edward Stuart to regain the British throne for his father, James Francis Edward Stuart. It was a battle for the heart and soul of a nation. There was religious conflict, political intrigue, commercial ambition and old scores settled. If you want to visit the most important sites of the Jacobite rising why not do this tour, and where better to start than in Scotland’s … END_OF_DOCUMENT_TOKEN_TO_BE_REPLACED

The Ultimate Scottish Coastal Route For most people, including me, the west coast of Scotland offers some of the most beautiful scenery in the country. And yet, for some unknown reason, there is not something like an 'Official Coastal Route' which would cover most roads on the Scottish west coast, to let you admire this stunning part of Scotland. It's of course not easy, the west coast isn't straight, it has many inland sea lochs, islands and other obstacles, making the journey a rather lengthy and time consuming yet very pleasant enterprise. If you want to make this journey along the coast … END_OF_DOCUMENT_TOKEN_TO_BE_REPLACED