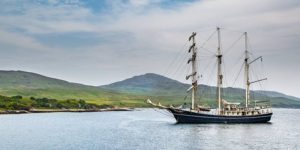 Many whisky distilleries on the Scottish Islands are located near the sea, it was the most logical place to build one as barley and whisky had to be shipped in and out to and from mainland Scotland. At the time the distilleries were built, most of them around the end of the 1800s, there were no roads and no ferry services as we know them today. A good example is the Isle of Islay where seven out of eight distilleries are located directly next to the sea and they all have a pier where ships can be moored at. If you travel in between the islands in the west of Scotland, especially in the … END_OF_DOCUMENT_TOKEN_TO_BE_REPLACED