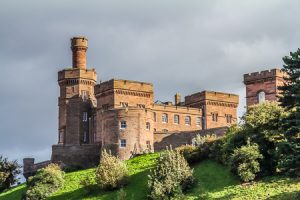 On a cold and frosty morning, 13th of November 1715 the supporters of the exiled Stuart king, known as Jacobites and led by the lacklustre Earl of Mar faced the regimented ranks of the Government Redcoats led by the Duke of Argyll across the frozen morass of Sheriffmuir near Stirling. Over the next few hours the two sides hacked away at each other, neither gaining much advantage nor making any headway; but their objectives were very different. Mar had to cross the River Forth if he was to take his army on to Edinburgh; Argyll had only to stop him. As the sun set over distant Ben Ledi, the two … END_OF_DOCUMENT_TOKEN_TO_BE_REPLACED