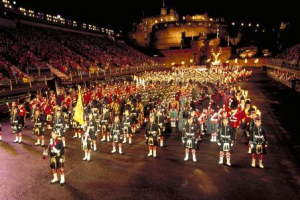 The term ‘military tattoo’ originally meant a military drum performance, but it has now come to mean army displays in general. It dates from around the 1600s, and was used during the Thirty Years’ War in the Low Countries. Drummers from the garrison were sent into the towns at 9:30PM each evening, in order to inform the soldiers that it was time to return to the barracks. The whole process was known as doe den tap toe, which was Dutch for “turn off the tap”. It was basically an instruction to the innkeepers that they were to stop serving beer to the soldiers and sent them home for the … END_OF_DOCUMENT_TOKEN_TO_BE_REPLACED