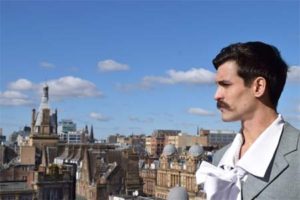 As a regular visitor of Glasgow I very much anticipated a visit to the Glasgow School of Art which was due to re-open in 2019 after a devastating fire in 2014. Millions of pounds have been invested to get this iconic masterpiece back to its original standings. The fire in 2014 was a nightmare for the people of Glasgow and fans the world over. For those who don't know him, Charles Rennie Mackintosh is Scotland’s most celebrated architect and designer of the 20th century. His work and legacy is celebrated across Glasgow, where he left a beautiful and lasting mark on the city. A quote from the … END_OF_DOCUMENT_TOKEN_TO_BE_REPLACED