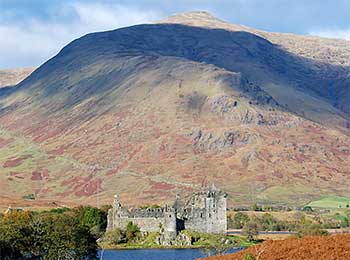 I hate to start this article with an obvious Cliché but the word most used by visitors to describe their time by Loch Awe in Argyll is “Awesome” and however cheesy it sounds it pretty much hits the nail on the head. The facts speak for themselves; at 28 miles in length it is the longest fresh water loch (or lake) in the UK, it holds the current record for the largest Brown Trout caught in the British Isles and has, Kilchurn Castle, arguably Scotland’s most impressive & Iconic ancient building and ancestral home of clan Campbell, at its head.

Thousands of visitors view Loch Awe each year as they travel along the North East shore by car or train to and from Oban & Fort William on the west coast but the further reaches of the loch and surrounding forests and hills are relatively unexplored and remain undisturbed and peaceful. The scenery surrounding the loch is breath taking and enormously varied; including the mountains of Ben Cruachan and Ben Lui at its head, the beautiful Inverliever Forest, stunning glens, rivers and waterfalls, the high moorlands towards Inveraray and numerous inlets and Islands on the loch itself.

This magical, ever changing landscape is steeped in history & myth. There are six amazing castle ruins on the loch, including Innisconnel & Fraoch Eilean castles, both of which are on small islands and can be accessed and explored by locally hired boat. The adventure doesn’t stop there, as the loch is also littered with crannogs (small Island settlements), steadings, standing stones and burial grounds and the fascinating Kilmartin museum is close to the south west end of the loch. Not far from Kilchurn Castle is St. Conan’s Kirk, an iconic and rather unique church well worth visiting. The same can also be said of the Cruachan Power Station, which is built inside a mountain and is a fantastic experience for young and old.

The impressive and dramatic ruins of Kilchurn castle are situated on the north-west end of Loch Awe. The castle was built in the mid-1400s by Sir Colin Campbell, 1st Lord of Glenorchy and is now managed by Historic Scotland. The view from the top of the castle over Loch Awe is amazing. Visiting the castle is not as straightforward as with many other castles as it’s not signposted from the main road, the A85, which runs north of Loch Awe. Access is possible but be careful, the entrance to the track and wee car park is hard to find, see streetview map below. From there you’ll find a wee track towards the castle. 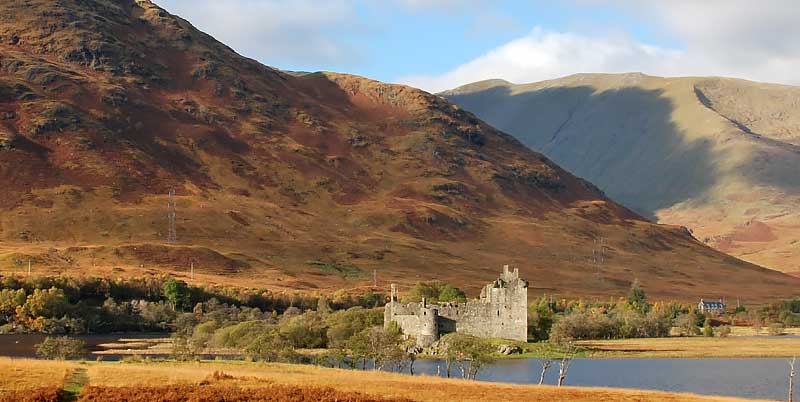 Loch Awe is a famous fishing destination with anglers coming from far and wide in search of the legendary Ferox Brown Trout and monster pike that inhabit its deep waters. The largest Brown Trout caught in the British Isles at 31lb & 12 oz was landed at Loch Awe in 2002, the two previous British records also came from the loch and it is widely believed that it is only a matter of time before a 40lb fish is taken. There are many tails of monster pike in the loch and numbers of Salmon, Sea Trout and Atlantic Char are growing steadily. The Loch’s reputation was further enhanced by being chosen as the venue for the World Fly Fishing Championships in 2009 and many fishermen, experts and novices alike, return to its bountiful waters year after year. The wider area also offers great opportunities for 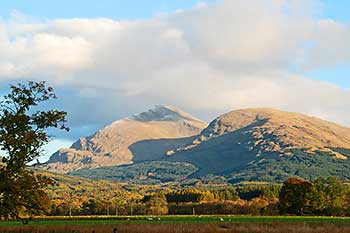 The wildlife in this area is amongst the richest in the UK and is a must visit destination for bird watchers, naturalists and photographers alike. There are Osprey, White tailed Sea Eagles and Golden Eagles nesting on and around the loch, as well as healthy populations of Red Squirrel and Pine Marten in the surrounding forests.

For the more active visitor, seeking the great outdoors Loch Awe and the Lorn area offers endless opportunities for walkers, cyclists and Canoeists and there is much to do and see within a short drive.