Fife was originally one of the Pictish kingdoms, known as Fib, and is still commonly known as the Kingdom of Fife within Scotland.

Despite its small size Fife encompasses several different regions, with a marked difference between the semi-industrial south, which is dominated by the Firth of Forth, the Road and Rail Bridges and the views over the Firth towards Edinburgh and the more rural north.

The town, which became Scotland’s capital during the reign of Malcolm Canmore until the Union of Crowns in 1603, is home to Dunfermline Abbey and the ruins of the Palace. The Abbey, whose foundation goes back to 1072, was built by King David I of Scotland in honour of his mother the saintly Queen Margaret. The abbey is also the Burial place of King Robert the Bruce and many other Scots. Dunfermline, built on a hill, is also the birthplace of the philanthropist Andrew Carnegi

Kirkcaldy is, with almost 50,000 inhabitants, Fife’s largest town and a former burgh. It’s also known as The Lang Toun (long town). In earlier days the town was built in a small line parallel to the north shore of the Firth of Forth.

East from Kirkcaldy is Ravenscraig Castle. North of Kirkcaldy, in Central Fife, the highlights are the historic village of Falkland with its impressive ruined palace and the country town of Cupar, a charming market town set in rolling countryside.

In the northeast corner of Fife, the landscape varies from the gentle hills in the rural hinterland to the windswept cliffs, rocky bays and sandy beaches on which scenes from the film ‘Chariots of Fire’ were shot. Fishing still has a role here but ultimately it is to St Andrews, Scotland’s oldest university town and the home of the world-famous Royal and Ancient golf club, that most visitors are drawn. This is in part because the Royal and Ancient Golf Club, founded in 1754, exercises legislative authority over the game worldwide, and also because the famous links (acquired by the town in 1894) is the most frequent venue for The Open Championship, the oldest of golf’s four major championships. The town itself and the hills and hamlets of the surrounding area retain an appealing and old-fashioned feel.

The south-east of Fife, beach and a few miles inland, is called East Neuk and it’s here where you’ll find some of the prettiest fishing villages of Scotland such as Crail and Pittenweem. Neuk by the way stands for nook or corner. On the Crail website you can read the following headline ‘a fringe of gold on a beggar’s mantle’. They are referring to King James VI of Scotland who described Fife as a ‘beggar’s mantle fringed wi gowd’, the golden fringe being the coast and its chain of little ports with their thriving fishing fleets and rich trading links with the Low Countries. Wool, linen, coal and salt were all traded. Salt pans heated by local coal were a feature of the Fife coast in the past. The distinctive red clay pan tiles seen on many old buildings in Fife arrived as ballast on trading boats and replaced the previously thatched roofs.

The area has a great number of accommodations and attractions to suit everyone’s needs. Also noteworthy to mention are if you are visiting the area are the Anstruther Lifeboat Gala and the Pittenweem fish festival to be held in the summer. 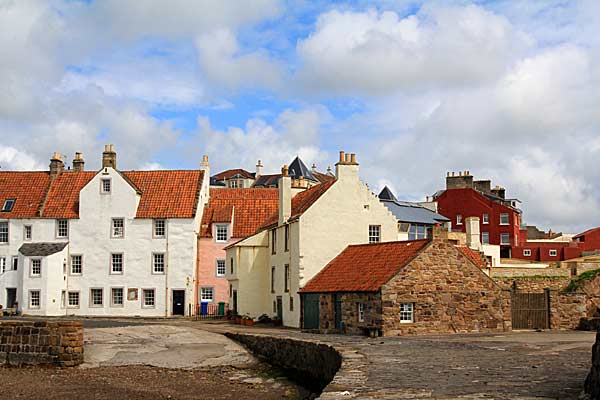 The Pretty Fishing Village of Pittenweem 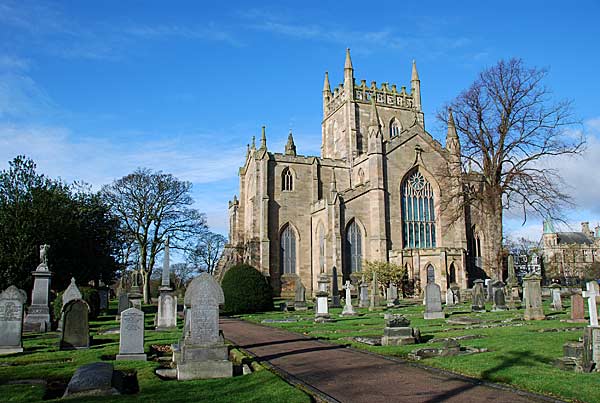 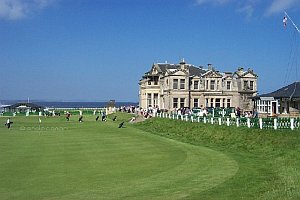