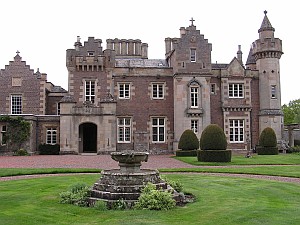 Sir Walter Scott, poet and novelist, was born in Edinburgh, Scotland, five years before the Declaration of Independence in America. Unlike most little Scotch boys, he was not sturdy and robust, and in his second year, a lameness appeared that never entirely left him. Being frail and delicate, he received the most tender care from parents and grandparents. Five consecutive years of his life, from the age of three to the age of eight, were spent on his grandfather’s farm at Sandyknow. At the end of this period, he returned to Edinburgh greatly improved in health, and soon after, entered the high school, where he remained four years. A course at the university followed the high school, but Scott never gained distinction as a scholar. He loved romances, old plays, travels, and poetry too well, ever to become distinguished in philosophy, mathematics, or the dry study of dead languages.

In his early years, he had formed a taste for ballad literature, which very significantly influenced, if it did not wholly determine, the character of his writings. The historical incidents upon which the ballads were founded, their traditional legends, affected him profoundly, and he wished to become at once a poet of chivalry, a writer of romance. His father, however, had other plans for his son, and the lad was made a lawyer”s apprentice in the father”s office. Continuing, as recreation, his reading, he gave six years to the study of law, being admitted to the bar when only twenty-one. For years, he cultivated literature as a relaxation from business. 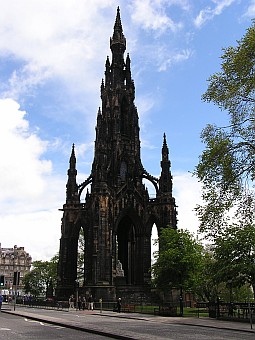 At the age of twenty-six he married, and about this time accepted the office of deputy sheriff of Selkirkshire, largely moved to do so by his unwillingness to rely upon his pen for support. Nine years later, 1806, through family influence he was appointed, at a good salary, to one of the chief clerkships in the Scottish court of sessions. The fulfillment of his long-cherished desire of abandoning his labors as an advocate, in order to devote himself to literature, was now at hand. He had already delighted the public by various early literary efforts, the most important being the “Minstrelsy of the Scottish Border,” parts of which had occupied him since childhood. This was followed by “Sir Tristrem” and the “Lay of the Last Minstrel.” Scott was now enrolled among the poets of the day, and while never neglecting the duties of office, he entered upon his literary career with unflagging industry. “Marmion,” “The Lady of the Lake,” “Don Roderick,” and “Rokeby” reflected his romantic fervor.

Lord Byron now had entered the field of letters, and Scott, conscious of the power of his rival, determined to seek fame in other than poetic paths. This determination produced “Waverly,” whose success gave birth to Scott”s desire to be numbered among the landed gentry of the country. Under the influence of this passion, the novels now associated with his name followed with startling rapidity, and their growth developed in the author an unwillingness to be known as a penman writing for fortune. Literary fame was less dear to him than the upbuilding of a family name. The novels went for a time fatherless, but the baronial mansion, still one of the most famous shrines of the curious, grew into the stately proportions of Abbotsford. 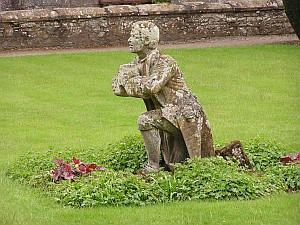 In 1820. George IV. conferred upon Scott the baronetcy, dearer than all the plaudits of the public. But “Giddy chance never bears, That mortal bliss shall last for years,” and the failure of banker and of publisher disclosed that the landed baronet had been a silent partner in the house of his printer for a quarter of a century, for whose debts Scott was liable to the extent of one hundred thousand pounds and to his bankers for enough more to make the entire debt one hundred fifty thousand pounds. Unappalled by the loss, Scott refused all offers of release from his creditors, and began to pay the debt by means of his pen, determined to preserve Abbotsford to his children”s children. At a dinner given in 1827, he threw off all disguise, and acknowledged the authorship of the Waverly novels.

His great exertions brought on paralysis. A visit to Italy failed to improve his condition, and he returned to die on the banks of the Tweed, and to be laid at rest in Dreyburg Abbey. He had paid one hundred thousand pounds of the debt, and the publishers of his works had sufficient confidence in their sale to advance the remaining fifty thousand pounds, the estate thus being left free of encumbrance.

Of his four children, two sons and two daughters, none left male issue. A grandchild, the wife of Robert Hope, was permitted by Parliament to assume the name of Scott, and her son Walter, at the age of twenty-one, was knighted by Queen Victoria.

Edinburgh has erected to his memory a most graceful monument, and Westminster Abbey a memorial. Visitors, under certain limitations, are permitted to visit the mansion, to see the enchanted library, and the famous study, to stray about the grounds where the famous writer spent the happiest, as well as the saddest, years of his life.